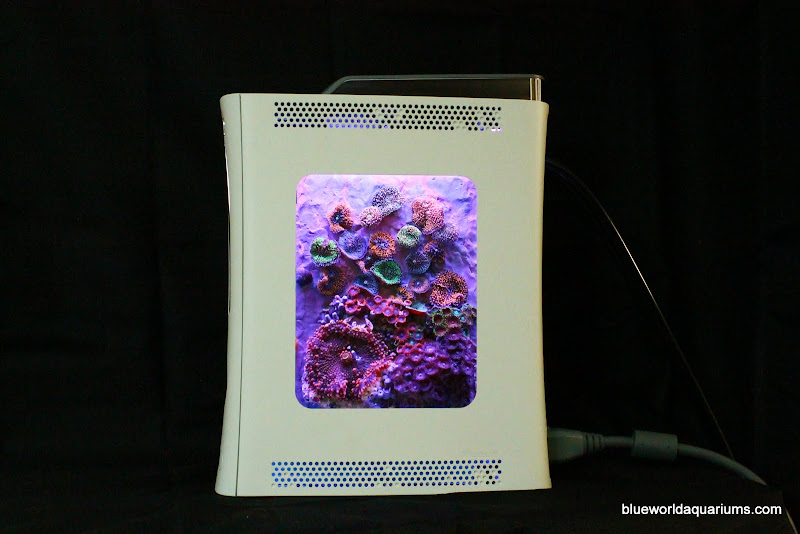 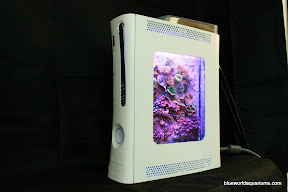 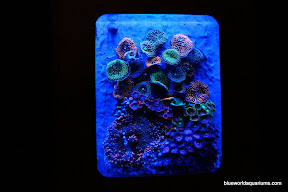 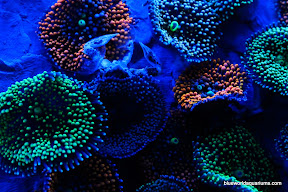 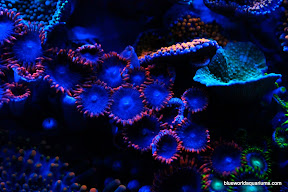 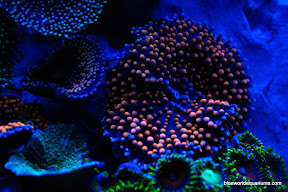 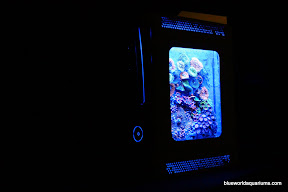 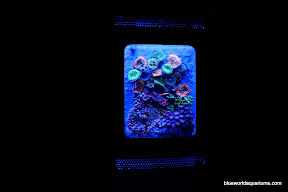 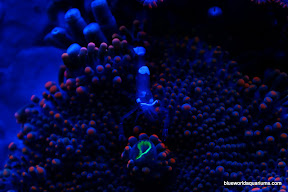 What is this and why would you build it?

This was a custom project that was just for fun.  It’s a fully functional saltwater aquarium, complete with live corals, fish, crabs, snails, and shrimp.  The tank is built into an Xbox 360 case.  The tank itself is made of glass, and is approximately 6″ long, 8″ tall, and 2.5″ wide.  Water volume inside the tank is 0.45 gallons.  The tank is lit with a color-changing (RGB) LED strip.  Lighting color and intensity is controlled with a wireless remote.

I started by gutting an Xbox.  I purchased a broken console through local classifieds for this purpose (my Xbox is still safe and sound by my TV).   Once all of the internals were removed, the tank was built to fill as much of the console as possible while still allowing room for filtration components.  The viewing window in the console was cut perfectly by water jet.

I wanted to keep the design of the system simple and safe.  Lighting is low-voltage, with the power supply and controller located inside the Xbox’s external power supply box.  I utilized the existing power cable and connection and routed the wiring for the lighting through it.

Filtration is accomplished with an external canister filter adapted to 1/4″ hose.  The filter intake and output is located in the corners of the tank, against the front glass and just out of view.  The canister filter contains a sponge and live rock.

Considering the narrow width of this tank, it would have been nearly impossible to arrange rock and corals from inside the tank.  The background of this tank started as a piece of acrylic that slides into a slot at the rear of the aquarium.  Corals were then glued to the acrylic background with aquarium epoxy.  The faux coraline look is owed to a mixture of pink and grey epoxy.

The maintenance schedule for this tank will be a weekly water change, and daily feeding and top-up.  60% water changes are easily accomplished by disconnecting and refilling the canister filter with freshly mixed saltwater.  We’ve also made a tiny cleaning magnet for the the front glass.

Here’s What People Have To Say about The XBOX 360 Aquarium:

“It looks like they knocked it out of the park…If this tank is any indication of Blue World Aquariums skill, they are going to be a company to watch!” –Marine-Engineers.org

Video: A Reef In The Sky

Get all latest content delivered to your email a few times a month.